Corey has been practicing law since 2003, has tried more than 40 jury trials and numerous non-jury trials throughout his career, and has earned approximately $16 million in total settlements and verdicts for his personal injury clients just since 2018. After graduating from Heidelberg University (OH) where he was a four-year member of the wrestling team, Corey went home to south Florida where he attended the University of Miami School of Law. After graduating from law school, Corey began serving as a prosecutor in Florida, where he tried case after case before Florida juries. Corey’s experience as a prosecutor honed his skills as a litigator and kindled within him a true passion for the courtroom.

Driven by service, Corey joined the Unites States Army Reserve in 2004 as a member of the Army JAG Corps and he continues to serve as an Army reservist today. Corey’s military service has included nearly eight years of active-duty military law practice, including a deployment to Iraq in 2010, where his primary missions were to partner with Iraq Army lawyers as part of the U.S. effort to help develop and grow the Iraq judicial system, as well as to investigate and pay claims made by Iraq nationals for alleged damages caused by coalition troops. From helping to deliver computers, printers, and copiers to a civilian courthouse in downtown Baghdad, to traveling to numerous Iraq Army bases for meetings, to making cash payments to locals whose claims for damages had been verified, Corey’s overseas experiences helped to solidify an appreciation for our U.S. system of justice. Corey currently holds the rank of lieutenant colonel and is a graduate of the U.S. Army’s Airborne and Air Assault schools, among others.

From 2007 – 2012, and in between military mobilizations, Corey worked at the law firm of John Madden, P.A. in Stuart, FL, where he was able to earn a number of excellent results for his civil litigation, criminal defense, and family law clients. Corey’s Army service eventually led to a consecutive six-year active-duty period of service from 2012 – 2018, during which he served at Fort Knox, KY; Charlottesville, VA, where he earned a Master of Laws degree in military law; and, finally, at the 451st Expeditionary Sustainment Command here in Wichita, KS, where he and his family chose to remain after leaving active duty in 2018.

Corey is dedicated to helping those who have been seriously injured, and he works tirelessly to help victims secure as much compensation as possible for their injuries. Corey is licensed to practice law in Kansas state and federal courts, as well as in Florida and Texas. He is a member of the Wichita Bar Association, the Kansas Trial Lawyers Association, and the Kansas Bar Association. In his spare time, Corey enjoys spending time with his wife and kids, working out, and training in Brazilian Jiu-Jitsu (BJJ). He holds the ranks of black belt in Krav Maga and purple belt in BJJ, and has a passion for combat sports and martial arts. 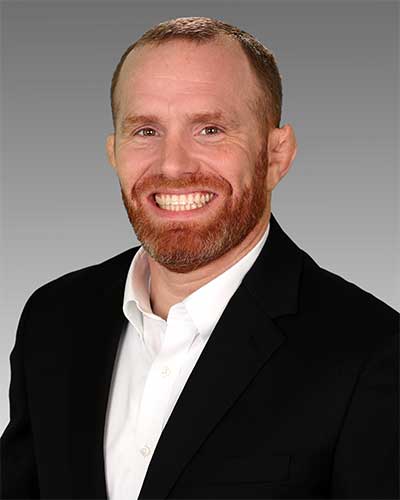