Nicole is committed and passionate about helping others through difficult times.

Nicole is married to her husband, Chris, and has a stepdaughter, Alyssia. She also has two dogs, a German Shepherd named Lucy and Maltipoo named Winston. When she is not helping clients, Nicole loves spending time with her family, playing tennis, and reading.

Nicole was born in raised in Scott City, Kansas. She grew up learning the values of hard work and perseverance by watching her parents build their own business. Her parents showed her the importance of community and having compassion and helping people in times of need. These values have shaped Nicole into someone who is dedicated to fighting for those who have been harmed by the wrongful acts of others.

When Nicole began her legal career, she sought to help others by working for the Kansas Insurance Department and then the Prairie Band Potawatomi Nation. Nicole realized she wanted to have a more direct impact helping people when they are faced with serious and complex legal issues.

Nicole is licensed to practice law in the State of Kansas and the United States District Court for the District of Kansas. 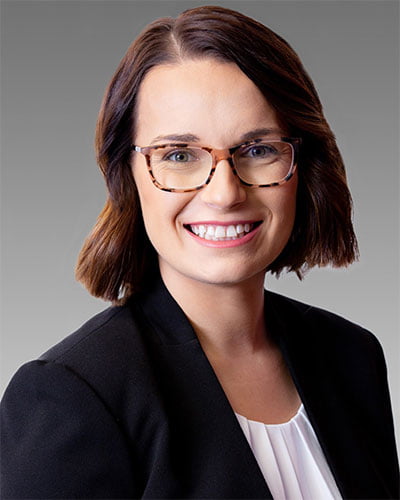