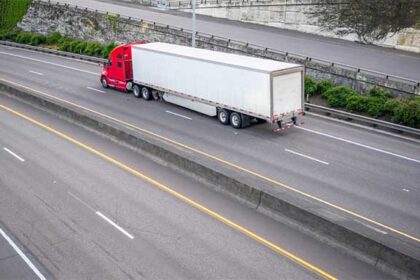 Those were just a handful of the more than 1000 crashes involving heavy trucks that led to either death or serious injuries in 2019. On average, large trucks are involved in nearly 6% of all crashes and over 21% of all fatal collisions on Kansas roads.

The number of fatal big rig crashes increased by nearly 15% between 2018 and 2019. Heavy trucks have caused devastation on Kansas Highways for a while now, which prompted a two-part study to understand the causes of crashes involving these large vehicles.

Is the big guy always at fault?

Motorists and truck drivers are quick to lay the blame for these crashes on each other. The fact, however was best stated by Chris Bortz (KDOT), when he said, “Crashes are not accidents” in response to the fact that nearly 95% of all fatal crashes are a result of driver error.

It would be safe to assume that it’s not just truckers who are responsible for these catastrophic incidents but also passenger vehicle motorists have a part to play in many of these collisions. However, given the large size and the higher weight of big rigs, even a small error on the part of the truck driver can lead to a big and often fatal crash.

1. Inattentiveness: Over 35% of all big rig crashes result from the truck driver not giving adequate attention and time to the road. Blame this on the fact that a zoned-out truck driver is blind to over 50% of his surroundings. Add to this the fact that it takes about 25-30 seconds to refocus on the task at hand.

At 55 mph, a big rig covers a distance of 60 feet in ¾ of a second. Even if you were to round that off to 60 feet covered in a minute, you are still looking at 1500 feet of distance covered. That’s four football fields crossed by the large vehicle before the trucker’s brain even perceives the danger.

The driver will then respond to the danger, which will take just as much time more. With 8 football fields covered before the trucker can hit the brakes, is it any wonder that most fatal truck crashes are attributed to the inattentiveness of the driver?

2. Speeding: All the figures mentioned above are calculated on the basis of a speed of 55mph. Going faster can often quadruple the risk. Not to mention, it also increases the force of impact, which increases the severity of the crash and the injuries sustained by the victims.

The statement, “Speed Kills” is justified in more ways than one. The higher the speed of the vehicle, the longer is the stopping distance needed and the lower is the reaction time required to stop well before a wreck occurs.

In fact, to avert a disastrous crash when going fast, a truck driver would have to react/take evasive measures a good 10-15 seconds earlier than if he were going slower.

Passenger vehicle drivers who are following the trucker are left with just two choices either to brake suddenly and risk a rear end crash or go straight for the under-ride of the big rig (an exceptionally dangerous and almost always fatal kind of collision).

In some cases, given the 80-foot length of big rigs, motorists who drive up to the semi that’s blocking several traffic lances don’t get the choice, as the big rig smashes right into the oncoming vehicles. The big problem is that once the trucker gets into a turn, the other vehicles are in his blind spot. This means that failure to yield creates a situation where he can no longer take evasive action to prevent a collision.

4. Improper lane change: Approximate 6% of all trucker error wrecks occur when the driver changes lanes without giving timely indication of his intention or changes lane in a manner that puts the rig in the same lane as another vehicle.

This explains why a trucker involved in a serious crash in Peoria that sent the occupants of the passenger vehicle flying out, said that he assumed the impact was merely a blown tire. Of course, he failed to see the vehicle that was hit.

Truckers are legally required to give right of way to other vehicles when taking a turn that calls for them to enter traffic lanes. However, a lapse in judgment or even distracted driving can cause them to change lanes improperly and suddenly.

5. Following too closely: According to the FMCSA, a trucker should keep a distance of 1 second for every 10 feet of vehicle length when doing 40 mph. When going above that speed limit, they should add a second more to this and double the following distance in inclement weather and when driving on bad surface.

That’s about 180 feet between the vehicle ahead and the rigs bumper even at a modest speed of 40 mph. Unfortunately, this recommendation often gets ignored and truckers end up leaving too little space for a timely reaction in case the motorist ahead has to hit the brakes suddenly.

Now imagine, the catastrophic effect of a vehicle that weighs 80 tons ramming into a comparatively puny car! Of course, few motorists get out of this one alive and that explains why and how following too closely leads to nearly 5% of all fatal heavy truck crashes!

Together, these 5 factors alone are responsible for over 60% of all big rig crashes that involve trucker error. Of course, environmental, road and vehicle factors also play a role in heavy truck collisions but, their contribution is minor as compared to trucker errors that lead to a bulk of these crashes.

The top 5 causes of big rig collisions in Kansas (The other motorist’s fault)!

1. Speeding: According to the FMCSA, speeding leads to more than 16% of all big rig crashes caused by non-trucker drivers. There is no surprise here since speed continues to be a primary risk factor in traffic collisions, impacting both the risk of a crash and the severity of the injuries sustained in a crash (if it occurs).

The math is simple- An increase in speed means it takes that much longer to stop the vehicle. So, the distance traveled before the driver reacts or before the reaction actually yields the desired results, sends the vehicle hurtling into the big truck.

If that is not enough, speeding also causes other motorists to misjudge the movement of the vehicle and to miss lane change indications. Simply put, speed magnifies the risk of committing errors while reducing the ability to react in time to avoid the dangerous events.

2. Impairment: Truckers are seldom found driving while under the influence of alcohol/narcotics. However, the same cannot be said of other motorists. Impairment due to substance abuse and the use of prescription drugs is the cause of over 15% of all big rig collisions attributed to the drivers of passenger vehicles.

Psychoactive substances impact driving ability and driver cognition. Research indicates that even at a relatively low BAC of 0.035 g/ml (The allowed limit in Kansas is at or below 0.08g/ml) drivers find it hard to process visual information, particularly depth and distance perception. Also, alcohol has a direct bearing on vehicle operational accuracy and hand steadiness.

The worst part is that these physical deficits are easily masked by the sense of euphoria that comes courtesy of these substances. Is it any wonder that alcohol continues to be a leading cause of crashes on American roads? Unfortunately, when the other vehicle on the road is a big rig, any lapses in judgment are bound to be deadly.

3. Improper lane changing, not giving right of way and careless driving: If you thought truckers were the only ones with bad driving habits, think again. Together, these three are responsible for almost 18% of all heavy truck crashes caused by passenger vehicle drivers.

The problem is that while it’s possible for the driver of a sedan/SUV to slam the brakes hard, a trucker cannot do so, without jeopardizing his own life and the lives of other motorist on the road. Plus, aggressive driving is a surefire way to end up in the blind spot of a big rig, which means that the trucker will not see you in time to take evasive action.

4. Distraction: Driving calls for the investment of all your cognitive resources. Unfortunately, most motorist drive around under the fallacy that a few seconds devoted to answering a phone call or sending a text message can do no harm.

In reality, distracted driving leaves nearly 3000 people dead and another 400,000 gravely hurt every year. As far as big rig crashes go, distracted motorists are responsible for over 5% of all crashes in this category.

It is often responsible for the very dangerous head-on collisions in the opposite direction and the almost always fatal and disastrous T-bone crashes. Moreover, a motorist who disobeys traffic regulations and signals puts all other motorists in a quandary, often triggering critical events that lead to multi-vehicle pileups.

The truth about Kansas big truck collisions that leave death and devastation in their wake!

Unfortunately for defendants, even trucking companies that fail to impart proper defensive driving training to their truckers leave no stone unturned to defend their financial interests.

Their insurance providers are no different. No matter how serious your injuries are and how much the trucker contributed to the crash, trucking and insurance companies will fight your claim tooth and nail.

At DeVaughn James Injury Lawyers, we make sure that victims are not forced into unfair settlements. We have helped scores of individuals who have lost their livelihood and their life quality to big rig collisions caused by trucker errors. Contact us today and we will help get you the medical treatment needed and to seek and receive your rightful compensation. 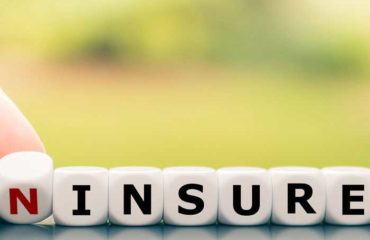 What happens if I’m in an accident with an uninsured motorist? 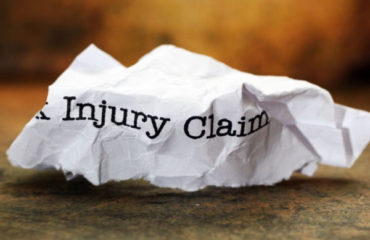