Nationwide, 2014 was celebrated as the safest year to be on the road in more than 4 decades.
Although Kansas road accident statistics for 2015 are not yet available, the number of mishaps and fatalities rose steadily in 2012 and 2014.

The Kansas Department of Transportation reported that approximately 58,500 traffic accidents occurred in 2013, which involved over 132,000 people, including motorists and pedestrians. The loss of life and property was staggering.

It is not the highways but the city roads that pose the biggest danger!

Although Kansas highways and interstates are notorious for their heavy vehicle traffic, they were found to be safer than city streets, which accounted for more than 52% of all accidents. In contrast, only 15% of the accidents occurred on US highways while interstates were the location of about 11% of the mishaps.

If you thought poor lighting, night driving, bad weather and road conditions had a hand to play in these collisions, think again! What is causing all these accidents?

While drunk driving, animals and large vehicles caused several accidents, most mishaps were attributed to general inattention. Fatigue, texting and talking on the cell phone were all found to be causes for distraction.

The prime cause of fatalities among vehicle occupants was the lack of seat restraints. In 63% of accident fatalities, the occupants of the vehicle were not using their seat belts.

Can alcohol and driver age be blamed for these crashes?

To some extent, yes! After all, alcohol impaired driving did lead to 28% of all accident fatalities in Kansas. According to the NHTSA, this percentage remained steady in 2014, with 103 of the 385 traffic deaths involving drunk drivers. Young drivers in the age group of 20-24 years were more prone to causing accidents when driving in an inebriated state.

The maximum number of alcohol impaired accidents (560) and fatalities (26) were in this age range. Also, these motorists were involved in the majority of speeding related mishaps with almost 1200 accidents.

Be careful if you are driving in these counties!

Sedgwick County with 9893 accidents and Johnson County with 9703 accidents had the highest number of reported mishaps in the state. However, rural roads were far more dangerous than urban streets, with almost 70% of accident fatalities occurring on rural roads.

As far as the number of accidents went, as expected, urban roads with their higher volume of vehicles posed a greater threat. Over 63% of the crashes were reported in urban areas. The highest number of accident reports were filed in Wichita, Kansas City, Topeka and Lawrence.

These figures clearly prove one thing- You should be more concerned about being safe when commuting to and from work than when travelling out of town. What’s more, the statistics highlight the fact that being a conscientious driver is no longer a guarantee for safety when on the road.

If you or a loved one was involved in a mishap that has caused injury or loss of property, it is your right to seek compensation as the damaged party. However, expect the insurance companies to fight to send you off with the minimum restitution possible and that is why it is crucial to have an experienced Kansas car accident attorney fighting on your behalf. 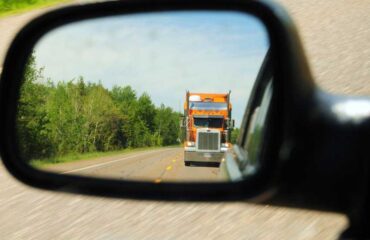 Defensive Driving is key when sharing the road with Semi-Trucks