Drowsy driving is just as rampant as driving under the influence of alcohol but crashes are seldom attributed to drivers who snoozed at the wheels or were tired enough for their judgment to be impaired, simply because there is no definitive tactic like a breath analyzer test to gauge fatigue.

The problem is widespread across all age groups and states. Almost 70% adult drivers or a whopping 170 million people in the country report driving while being drowsy and almost 40% have admitted to falling asleep while controlling an automobile. The statistics get grimmer from here as: And, yet these alarming figures are just the tip of the iceberg since self-reporting in the matter is unreliable and the police do not have consistent practices to spot and report drowsy driving. Transport authorities in Europe and Australia which have more consistent procedures for crash reporting have admitted that almost 30% accidents can be pinned on drowsy driving.

Operating a vehicle when drowsy or tired also exacerbates the effect of alcohol on the driver. Fatigue is found to be the compounding factor that resulted in 1 million drunken driving accidents.

Feeling sleepy is just as bad as actually falling asleep!

Clearly, it is dangerous to doze off when operating a vehicle but drowsiness is just as much of a problem even if you don’t actually fall asleep. Fatigue and feeling drowsy can compromise your abilities to handle a vehicle in several ways as it:

The drowsy drivers of America!

The maximum instances of drowsy driving are linked to:

Who is at risk of drowsy driving?

Sleep related crashes involve a high number of young adults, particularly men, along with adults with young children and the driver categories listed above. According to a poll conducted by the NSF, men are twice as likely to fall asleep at the wheel than are women. Also, twice as many men are found to be driving when fatigued or drowsy.

Similarly, youngsters in the age group of 18-29 are more prone to drowsy driving than older adults. Through an AAA survey, it was found that people who sleep 6-7 hours a night run double the risk of drowsy driving related crashes than those who clock in 8 or more hours of sleep each day. The hazardous impacts of combining sleep deprivation with vehicle operation are highlighted by the fact that those who get no more than 5 hours of sleep increase their risk of being in an accident by 4 to 5 times.

The lack of sleep and the resultant drowsiness and fatigue also leads to a host of other problems. For instance:

Despite the startling figures, only 22% divers say that they pull over to take a nap when they feel that their faculties are being compromised due to drowsiness. The most dangerous time for people who drive while sleep deprived is in between 4 am and 6 am while the most dangerous roads are rural highways. Yet, urban drivers are more susceptible to falling asleep when driving than people from rural areas.

The consequences of drowsy driving!

The legal ramification of sleeping while driving can be just as serious as those of DUI. Many accidents in which people were grievously injured or died resulted in jail time for the driver. Multi-million dollar settlements are also granted to the victims involved in such crashes. It is not just the driver who is held liable for the damages but also corporate entities whose employees cause drowsy driving crashes are frequently deemed accountable for the catastrophe.

Did you know that 18 hours of awake time compromises your cognitive functions just as much as that of a person with a blood alcohol content of 0.05%. Go without sleep for 24 hours and your impairment will be equivalent to that experienced when the blood alcohol content is 0.10% or higher. In addition, even a few sips of wine or a single beer which would be below the legal limit in most states would amplify the impact of sleeplessness several times over.

Watch out for these signs of drowsiness!

The futile methods that drivers incorporate to keep sleep at bay!

It is imperative to understand that sleep is a vital physiological need, just like breathing and urinating. In other words, as hard as you try to control yourself, at some point, your body will take over and you will fall asleep. Ignoring this fact, many drivers use ingenuous but utterly useless methods to keep from falling asleep such as:

Caffeine: A shot of espresso is the remedy used by almost 55% drivers and although it can promote some degree of alertness, the impact of Java is short-lived and the brew is notorious for the crash it can cause once its effect wears off.

Going for sunlight: Almost 42% drivers say that they open the sun roof or the window to combat drowsiness. While this may work if your circadian rhythm is not out of tune, when it comes to shift workers who have inconsistent sleep times, this solution will prove to be useless.

Dip in temperature: About 25% people report operating the air conditioner on full blast to prevent drowsiness. This may work if the weather outside is also cold. However, in summer, cooler temperatures inside will make you sleepier.

Youngsters and their weird strategies: If the above methods fail to work, the ones used by most young people often prove to be counterproductive. For instance, about 33% eat to prevent sleeping when a full tummy will increase drowsiness. About 32% report singing out loud and 43% choose to chase sleep away with eardrum bursting music. Finally, about 14% choose to talk on the phone; all of these three methods will only dilute your attention span further.

Fortunately, about 42% drivers report that they switch seats with the passengers when they are feeling sleepy while 35% pull over to stretch and exercise which can help marginally by increasing blood pressure and awareness.

How to prevent drowsy driving?

Sleepy drivers endanger the lives of pedestrians and motorists just as much as drunk drivers. If you have suffered injuries or damages in such a crash, you need to get in touch with an attorney who has the experience to help clients wade through the murky waters of personal injury claims. 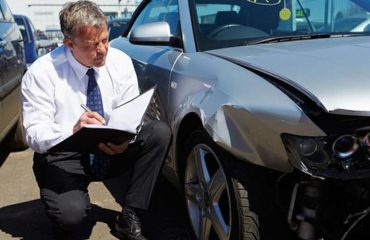 How Insurance Adjusters Devalue Your Claim 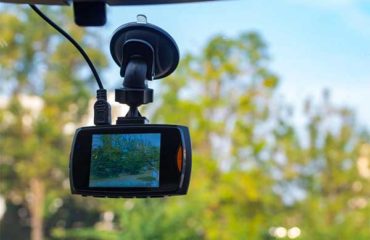 Will a Dashcam Help my Case if I’m Involved in a Car Accident?