Nearly 15 million large commercial vehicles or semi-trucks are operated on the highways, interstates and city roads of the United States every year. Despite stringent laws governing the operation of these vehicles, an estimated 76,000 crashes involving semi-trucks were reported in 2011 alone. These accidents resulted in over 4000 fatalities and more than 110,000 serious injuries.

A fully loaded trailer can weigh as much as 80,000 lbs and is usually 75 feet long. The sheer dimension of the vehicle and the corresponding spatial requirements for maneuvering the truck create a lot of room for error and accidents. Also, the size of the vehicle leads to large blind spots, which explains why most trucking accidents are angular, side sweep crashes. Generally, the driver seldom gets injured in Kansas trucking accidents but the brunt of his negligence is borne by pedestrians and the occupants and operators of other, typically smaller vehicles. So, it comes as no surprise that heavy commercial vehicles are responsible for 7% of all fatal crashes in the country.

The figures of Kansas trucking accidents are equally grim!

In 2011, approximately 3500 crashes involving heavy commercial vehicles were reported in Kansas; this was almost 6% of all accidents that occurred in the state and over 15% of all fatal crashes. About 65 people were killed in these mishaps and over 1000 were gravely injured.

Although there was a slight dip in the total number of trucking accidents reported per annum in 2009 and 2010, this figure has been on the rise again since 2011. The most shocking fact about trucking accidents is that nearly 76% of these occur in broad day light and 73% of them can be attributed to driver-related causes.

Why are Kansas trucking accidents so common?

Trucking companies are contributing to these accidents

Unfortunately, in trying to augment their profits, trucking and logistic companies are seriously undermining safety requirements. Sending out drivers on the road without proper training and creating conditions that are rife for the abuse of safety regulations are all contributing to the growing number of Kansas trucking accidents.

Typically, these companies pay their operators on a per mile basis which leads to frequent disregard for the maximum operating hour rules imposed on the drivers of such vehicles. When accidents happen, these companies come to court with high powered defense firms so that they don’t have to pay for the damages, fatalities and injuries caused due to their negligence.

But, you don’t stand a chance against them without proper representation!

Nearly 500,000 trucking companies operate the heavy commercial vehicles on the roads of the country. Their revenues peaked at $610 billion last year and it is expected to double by 2015. With their deep pockets, they can afford the best legal representation that money can buy.

Their lawyers know the rules and regulations and have access to experts who can twist the case in their favor. So, taking on these corporations would be akin to David trying to fight Goliath. Can it be done? Yes, but you will need the right help at the right time.

Law is on your side but Time Is Not

Operations of semi-trucks are governed by the laws laid down by the Federal Motor Carrier Safety Administration (FMCSA). These rules govern inspection requirements, minimum insurance requirements and the limits placed on hours of operations. Unfortunately, the truth is often distorted because people who are victims of such accidents react too late.

These trucking corporations dispatch their experts to the accident scene within hours of the mishap being reported to collect evidence and build their defense. It is also not beneath these companies to deliberately tamper with evidence or even destroy it and even falsify their logbooks.

As the accident victim, you may never be able to take a glance at all this material which can win you the compensation you deserve unless you have an experienced attorney fighting on your side. An able lawyer will interview witnesses, inspect the crash scene and the vehicle before the road is cleared of all evidence. In other words, with a specialist legal firm, you get access to the information that would have otherwise been hidden from you.

How else can an experienced lawyer help you?

An attorney who is adept at handling cases involving Kansas trucking accidents knows that these are not normal crashes. The vehicles are bigger, heavier and consequently harder to control. The forces that come into play when operating these mammoth trucks and factors that lead to accidents are very different from normal vehicles.

Also, additional responsibility is placed for the safe operation of these commercial vehicles on the drivers as well as the companies that own them. The laws that govern such operations are quite complex; the attorney has to consider all these aspects when filing a suit against the trucking company. This can only be possible if the lawyer has ample experience handling similar cases.

The results of Kansas trucking accidents are catastrophic and usually cause injuries that will haunt you throughout your life. So, if you or a loved one has sustained harm in such a crash, you have to seek immediate legal representation. Do not let the trucking corporations get the better of you and cheat you of your rightful compensation.

Instead, let one of our qualified attorneys put together all case facts for you. With an experienced attorney, you will be showing the commercial organization fighting against you that you mean business. Every day that you spend in mulling over seeking legal help is a day that could have been used to build a robust case in your favor. So, get in touch with us right away! 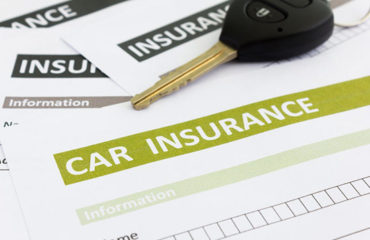 What is the Minimum Car Insurance Needed in Kansas?