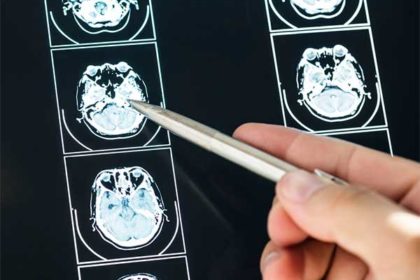 Every year, nearly 20,000 Kansans and 2.5 million Americans suffer from a traumatic brain injury (TBI). Over 5 million people across the country are currently battling the disabilities resulting from such injuries.

Categorized as mild, moderate or severe, the problem with TBIs is that often the consequences of the brain damage are both chronic and progressive. Moreover, the true extent of the damage can be hard to both diagnose and treat.

This is particularly true of head injuries that don’t lead to open wounds or visible bruising. Additionally, the severity of the original injury is not always an accurate indicator of the long-term effects of the brain damage.

TBIs can leave the victim dead or debilitated for life!

Severe traumatic brain injuries kill over 150 people across the US each day. Even if your injuries are not as serious, there is a significant risk of long term and life altering effects, which will need prolonged and consistent medical attention.

This can have a disastrous impact on your financial, professional and personal wellbeing. It is imperative to understand the long-term effects of TBIs when filing a personal injury lawsuit. Continue reading to know how a traumatic brain injury can affect your life and health.

Do all traumatic brain injuries cause long term effects?

No, they don’t. Also, many people recover completely or significantly from the injury and its long-term effects. However, there are several factors that influence the actual and possible long term effects of a head injury such as:

In addition to these, many other factors can influence the likelihood of the victim suffering from the long-term effects of the head injury. Often, months of medical analysis and regular imaging tests are required to understand the full extent of the injuries. All of this means continual medical expenditure as well as financial losses due to the lost ability or opportunity to work.

Sudden worsening of the symptoms: The effects of TBI may catch you by surprise months later!

The biggest concern with a TBI is that it can be weeks or sometimes even months before the life altering effects of the damage start showing themselves. In fact, it is not unusual for patients to experience a worsening of existing symptoms or the sudden onset of symptoms after their injuries were initially deemed mild and not particularly worrisome by their doctor.

1. Neurological damage can quickly take on a degenerative form: It’s not that the initial injury or its severity is often misdiagnosed. Actually, it can be hard even for doctors to fully comprehend how damage to a particular part of the brain will affect that area and the surrounding areas.

More often than not, an injury triggers a degenerative process that may be undiagnosable until it leads to significant symptoms. For instance, it is not unheard of for victims of TBIs to suddenly start suffering from seizures.

2. The damage can become cumulative in nature: Even a relatively mild TBI can greatly increase your risk of suffering from serious brain damage in case of a subsequent injury. This is very common in cases of concussions, which are generally deemed mild TBIs.

A single concussion isn’t always immediately dangerous. But stack a few of them together and even if they are sustained over a period of several years, the victim is looking at the very real risk of life altering ramifications.

3. Not every form of TBI can be treated:  Sometimes the risks of treatment far outweigh its benefits. In other cases, treatment may not be possible all together. If that is the case the victim has no other choice but to accept the present day symptoms and effects of the damage and to live the possibility of developing long-term and more serious side effects in the future.

4. The interaction problem: Another factor that cannot be predicted is the way and extent to which a TBI will interact with existing health conditions and other injuries sustained in the past.

5. The symptoms may cause the damage to worsen: Very often the more serious symptoms of a TBI such as seizures, loss of consciousness, chronic depression and others can heap further damage on the brain. In essence, such symptoms turn into a vicious cycle in which the damage increases with each episode leading to even more intense symptoms. Once again, doctors have no way to predict this.

In simple words, all that experts and victims can do is keep a close watch on the symptoms and their intensity. This may call for frequent medical examinations and consultations with brain injury rehabilitation specialists.

The long terms effects of a TBI at their worst: Just how bad can things get?

While moderate to severe head injuries often result in loss of consciousness, permanent loss of memory and or being stuck in a coma, even mild TBIs can cause several physical, behavioral and mental effects such as:

In Kansas, the majority of TBI cases, at 53%, are attributed to unintentional falls. Nearly 40% of such injuries end up as fatalities while nearly one half of fall related TBIs require a visit to the ER.

Vehicle accidents are the second highest cause of TBIs, leading to almost 25% of all such injuries recorded each year. In terms of risk level, Traumatic Brain Injuries sustained in car accidents are not generally as fatal, with a fatality rate of about 17%.

On average, the highest number of TBI related deaths and hospitalization involve victims above the age of 65. Also, more men suffer from TBIs than women. In fact, more than one half of all TBI patients are men and over 70% of TBI fatalities also involve men. Typically, TBIs can result from:

Are you eligible for compensation if you have suffered from a TBI?

If your TBI was caused due to a negligent act on the part of another individual/motorist/establishment, you can seek compensation for your injury. However, as explained above, the diagnosis of a TBI and understanding its long-term effects are not easy.

In fact, it is harder to estimate the true financial, physical and emotional impact of such injuries on your personal and professional life than any other type of accident linked injury. But don’t expect insurance companies to play acknowledge this. They will try to downplay your injuries as well as their actual cost and implications on your life.

How much time do you have to file a claim?

Pursuant to Kansas Laws, = personal injury claims have a statute of limitation of 2 years. This means you have exactly 24 months from the time you are injured to file a claim. If you miss this deadline, you will have no legal recourse to seek compensation. It is crucial to act fast and act in time.

The long term effects of TBI are more often than not catastrophic. Unfortunately, not every attorney will understand the seriousness of your situation and the devastating effects of the impact of your injuries on your life, nor will they have the experience to know how to prove this with the necessary medical evidence.

At DeVaughn James, we are committed to client-centric and result-driven advocacy. Our experienced attorneys know how important it is to get medical experts involved in the claims process. We don’t seek fast settlements above all else; we only accept fair settlements. If that means pleading your case before a judge, our lawyers have the expertise to argue the case and to win it. When you have one of our lawyers handling the negotiations, you can be sure that insurance adjusters will not be able to compel or scare you into accepting a lowball settlement. Contact us today and let our lawyers get you the compensation that you will need to handle the long-term effects of a TBI. 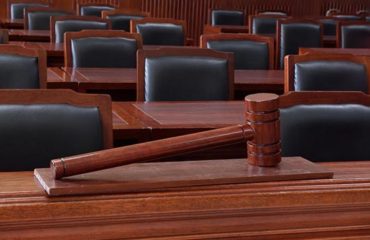 THE RIGHT TO A JURY TRIAL WILL NOT BE VIOLATED 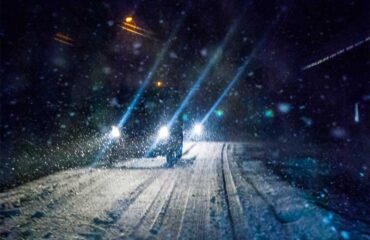 How to Avoid Winter Car Crashes in Kansas