Friday, 16 February 2018 by admin
Part II of “Semi-Truck Accidents – Facts and Fiction“.   Facts from Fiction about 18 Wheelers – 4 Additional Misconceptions 5. All semi-trucks have a device that captures crash data! False Some semi-trucks do have an event data recorder or black box on board but these get triggered only by crash-like conditions such as hard
18 wheelercommercial truckingKansas Truck Accident LawyerSemi-truckTrucking Accidents
Read more
No Comments 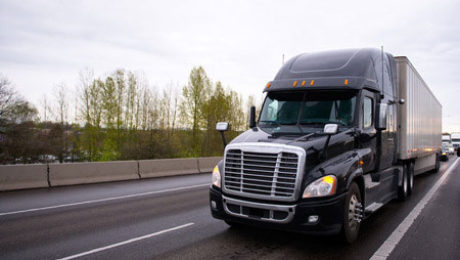 Facts from Fiction about 18 Wheelers – 4 Misconceptions Every year, hundreds of motorists are killed in collisions involving semi-trucks. In fact, 1 in every 8 traffic collision linked fatalities can be attributed to these heavy eighteen-wheeled vehicles. What’s worse is 98% of the people who die or are seriously injured in these collisions are
18 wheelercommercial truckingKansas Truck Accident LawyerSemi-truckTrucking Accidents
Read more
No Comments Nearly 15 million large commercial vehicles or semi-trucks are operated on the highways, interstates and city roads of the United States every year. Despite stringent laws governing the operation of these vehicles, an estimated 76,000 crashes involving semi-trucks were reported in 2011 alone. These accidents resulted in over 4000 fatalities and more than 110,000 serious
18 Wheeler AccidentKansas Truck Accident LawyerSemi Truck WreckTrucking Accidents
Read more
No Comments