Prior to joining DeVaughn James, Lance spent two years working at an insurance defense firm in Topeka where he learned first hand the challenges that people injured at work and on the road face when attempting to obtain their just compensation. Because of the bullying tactics he observed, Lance decided to make the switch to DeVaughn James to assist in making a positive impact in the lives of injured persons and get them the compensation they deserve.

Lance was born and raised in Canton, Missouri, a small farm town right on the Mississippi River. Lance attended Culver-Stockton College in his hometown, where he majored in Legal Studies and met his wife, Abby. In 2017, Lance moved to Topeka to begin his law school journey at Washburn University School of Law and graduated with his law degree in 2020. During his time at Washburn, Lance competed on three different trial teams, and was inducted into the Order of the Barristers, an organization honoring outstanding advocates.

Since graduating from Washburn, Lance has developed deep roots within Topeka. He spends his free time either with his family, which consists of his wife Abby, their son Walker and two dogs, Peaches and Malakai. But Lance also spends his free time giving back to the community in any way he can. Currently, he does so by volunteering with a local organization that raises money to provide coats and other essential life items (and toys!) to kids in the Topeka/Shawnee County community who would otherwise be without. 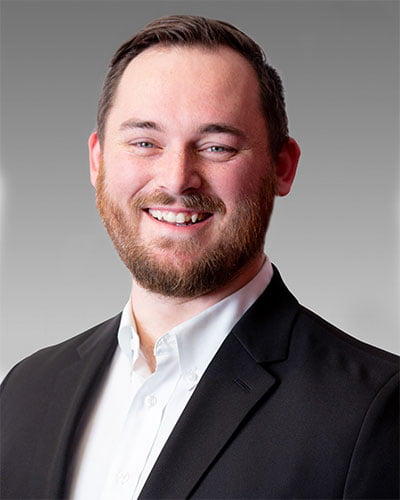