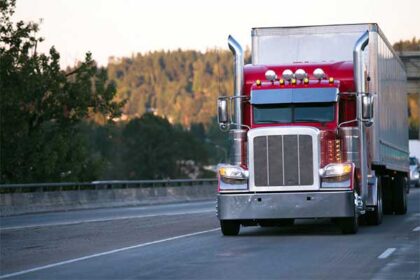 Large trucks, big rigs and other commercial vehicles account for a mere 9% of the total travelled miles on American roads. Yet, they contribute a whopping 10% to all traffic crash fatalities. That’s a massive 3500 deaths every year! In Kansas, the figures are no less worrisome with approximately 3800 wrecks and 87 fatalities involving these big rig vehicles.

Unsurprisingly, nearly 70% of the people who lose their lives in wrecks involving big rigs are passengers of other vehicles. The catastrophic results are understandable when you consider the gargantuan weight of 10,000 lbs. of even the smallest trucks and the 80,000 lbs packed in by the big rigs.

It’s a no-brainer that even a low-speed impact with a truck can leave a car in smithereens and its occupants either severely injured or dead. The higher weight is just a part of the problem. Continue reading to know the other shocking facts and figures about large/heavy truck wrecks…

Large trucks: Why are they the most dangerous vehicles on American roads?

In terms of figures, you are looking at a force which would be 5 to 12 times more than if you were to crash into a vehicle that weighs just as much as your car. Let’s take that one step further and you arrive roughly at a force of 30 tons or more against the car and your body. Chances are that while the truck may escape with a few dents and scratches, your car will be completely destroyed.

Even if the truck driver were to take the risk, it would take a good 500 feet for a tractor trailer doing 65 mph to come to a complete halt after the brakes are applied. Even if a truck driver can see you headed right at them, they may not be able to take the decisive action that you have come to expect from regular passenger vehicles.

To create a mental image, that is 80,000 lbs. ploughing into a 5,000-pound vehicle over a distance of two football fields. Is it any wonder that the chances of survival are dismal for the occupants of the smaller car?

Despite these risk factors, the trucking industry is quick to point out that far more deaths on American roads are caused by other vehicles than by large trucks. Indeed, truck collisions account for only around 10% of all fatalities but the number of large truck crashes has increased steadily over the last decade.

In fact, it currently is at its highest it has been since 2008. Also, things look bleaker when you take into account the 150,000 people who suffer serious injuries in such crashes.

So, what’s causing all those large truck accidents?

Researchers from the University of Kansas carried out a two-part study that involved analyzing crash data from nearly 19,000 large truck collisions in the state. They found that over 70% of them involved driver error. According to this study, most truck collisions in Kansas are attributed to:

Most truck drivers will speed to not just clock in the maximum distance in their permissible 11 hours of on-road time but to also to cover as many miles as they can before they have to take their mandatory break at the 8-hour mark.

As far as vehicle problems go, falling cargo was the main safety risk, followed by problems with the tires, brakes and wheels.

Are weather, visibility and road conditions the problem?

As stated earlier, most large truck crashes occur in fair weather conditions and on uncompromised road surface. So here are a few more figures and facts that definitely merit attention:

The most important fact and figure of them all!

You will need fair compensation over the difficult recovery and rehabilitation period that follows truck collision injuries.

Your chances of getting fair compensation are diminished to 20% if you go it alone in court or through the negotiation process. This brings you to a few more hard facts:

If you don’t want the other side to hardball you into accepting a settlement that will leave you struggling, contact DeVaughn James Injury Lawyers today. 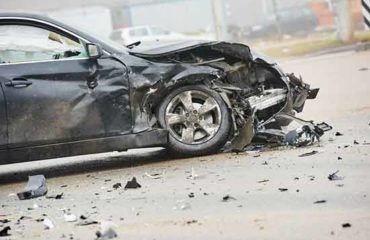 The 5 types of car crashes that are the most dangerous!