In 2013, almost 44 children died of vehicle related heat stroke because their caregivers and parents left them in the car as they went about getting their chores done. But, this wasn’t a one-time tragedy! Each year nearly 40 such deaths are reported all over the country and since 1998 almost 600 toddlers have lost their lives.

Despite these startling figures, people continue to make the horrific error of leaving their kids in the car; some even forget their children in the backseat. Unfortunately, these tragic accidents are often dismissed as the misdoings of uncaring parents. However, the truth is that this can happen to anybody.

Why have the attempts to educate parents failed to curb such fatalities?

One of the biggest problems is that people tend to downplay the dangers of leaving a child alone in their vehicle and this point becomes clear when you see the results of a survey conducted in 2014. Nearly 1000 parents with children below the age of 6 participated in the study. Almost 70% of them were aware of the hazards of vehicle related heat stroke, yet these were the findings. Why is it so dangerous to leave your child in the car?

As an adult, if you find yourself feeling unbearably hot as you sit in a parked car, you simply open the door and walk out. Children who are locked in parked cars cannot do so. Add to this the fact that the body temperature of a child rises 3-5 times faster than that of an adult and it is easy to understand why kids are more susceptible to hyperthermia. A core body temperature of 107 degrees F is high enough to kill cells and shutdown vital organs, leading to death.

Unfortunately, the temperature inside a parked car can very easily go up to 117 degree or more. In fact, inside the vehicle, there is a 3.2 degree F increase in temperature for every 5 minutes, and the risk is not just linked to the sweltering summer months. Vehicle related heat strokes get reported through 11 months in a year and contrary to popular perception, cracking the window open by 1.5 inches or even more does little to control the rise in heat.

We are not talking about irresponsible parents or alcoholics here!

Only 8% of the caregivers who are involved or responsible for child fatalities due to vehicle heat stroke are found to be negligent or under the influence of alcohol or drugs. This debunks the myth that uncaring parents are the cause of such accidents. In fact, of the 600 plus children who died due to heat stroke:

It can happen to anybody!

The mommies and daddies who forget their bundles of joy in the car don’t actually suffer from a moment of amnesia. They simply lose awareness of their child being with them in the vehicle. Consider the stress and sleep deficit that most parents endure when raising young children. Add to this a hectic schedule and a shift from the normal routine and it is easy to understand how these doting parents inadvertently turn into the cause of these tragedies.

Actually, in many of these cases, the parent who forgets the child in the vehicle goes about his/her day talking about the kid and looking forward to meeting the child at the end of the day. However, they lose awareness of the fact that the child is not in the daycare center but dying or dead in the backseat of their vehicle.

Blame your brain for the error!

In terms of an analogy, the situation is similar to when you decide to visit a store on your way back from work. Often, you will drive right past it but forget to stop and pick the stuff that you were planning on buying. This happens because of conflicting brain signals, with the strongest of them being those that are connected to routine tasks. Driving back home from work is a routine task, so you simply perform the act without the need for reminders.

On the other hand, the stopover at the store is a shift from your normal schedule and you are likely to forget all about it. Similarly, a parent who regularly drops off his/her child at daycare will rarely make such a mistake but it is very likely that the other parent may simply lose awareness of the child being with him/her.

What can you do to safeguard kids from vehicle related heat stroke?

Remember most of these accidents happen because parents believe that they cannot possibly forget their child in a car. But, that is exactly what they end up doing. So, make life easy for yourself and safe for your child and invest in technology/products that will increase your awareness about the presence of your child in the vehicle. 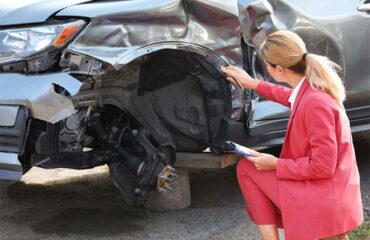 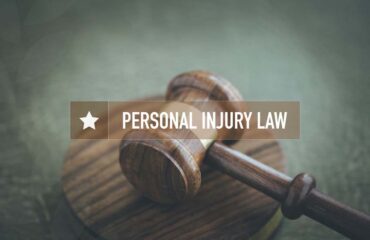 Tips To Follow When Giving A Statement To The Insurance Company