What are the most Common Signs of Nursing Home Abuse and Neglect? 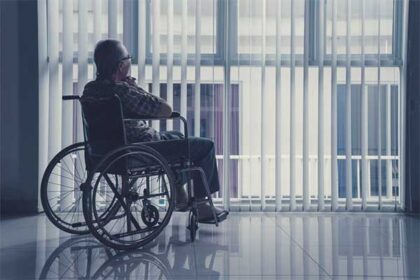 Unfortunately, signs of nursing home abuse and neglect are not uncommon occurrences. The realization that despite our best efforts, we inadvertently put the seniors we love in a position and place where they were hurt, can be emotionally wrangling. The worst part is that, as seniors lose their mental and physical abilities, they become more vulnerable to all forms of abuse and less capable of defending themselves.

That is not where the nightmare ends for elders being subjected to abuse and neglect in nursing homes. The saddest part is that the children, grandchildren, and relatives of these seniors often dismiss their complaints as delusions attributed to dementia or even a dislike for assisted living.

The fact is that over 2 million cases of elder abuse are reported each year, and this is merely the tip of the iceberg since most of these cases go unnoticed and unreported!

What is truly heartbreaking is that many seniors who are living through the nightmare of abuse and neglect cannot voice their problems, while others are too embarrassed to talk about them. If you have an elderly loved one who is living in a nursing home or assisted care facility, here is information that you absolutely must know about signs of nursing home abuse and neglect.

The shocking prevalence of elder abuse and neglect!

Advancing years, functional impairment, mental issues, poor health, and exposure to traumatic events makes seniors easy targets. This coupled with undertrained caregivers and understaffing in nursing homes creates a disturbing situation in which the wellbeing of vulnerable individuals is entrusted to disgruntled employees, who are known to lash out at the people in their care.

The neglect and abuse can take on different forms. Some have more obvious signs of nursing home abuse while others do not. All of them create a hazardous situation for the seniors who are at the receiving end of the inhuman treatment. It is imperative to keep in regular touch with your elderly loved ones, with timely visits and while you are there, keep your eyes open for these signs.

This is actual physical violence or use of unwarranted physical force against a senior that causes injuries. It involves punching, kicking, pushing, shoving, slapping, hitting, unnecessary or prolonged use of physical restraints, force feeding and physically overpowering a senior. Of all forms of abuse, this leaves the most overt signs that include:

Regardless of what the nursing home staff tells you about an injury, have it checked by a doctor, particularly if it involves bone fracture. A doctor will be able to tell if the injury is attributed to an accidental fall or to physical assault.

Emotional abuse of the elderly in senior care centers

Threatening, humiliating, gas lighting, harassing, belittling, and verbally abusing, all of these can be used to emotionally hurt a senior. Many feel that given their age, seniors would be able to tide over verbal harassment and emotional abuse. The psychological distress that the mental abuse creates festers far longer and deeper than any physical wound.

The worst part is that unlike physical abuse, there are no outward signs of emotional abuse. This means that the tormentor continues with their vile ways for months and even years before the harm done becomes apparent. Signs of emotional abuse can be hard to spot, so keep an eye out for changes such as:

This is the most horrific form of abuse that an elderly person can be subjected to, yet it remains the most poorly reported and studied. In fact, the idea of an elderly person being inappropriately touched or worst yet raped is so unfathomably disgusting and horrendous for all of us to imagine that many want to hold on to the fallacy that it does not happen.

The unsettling truth is that this is a common occurrence. As many as 83% of all elder sexual abuse victims are being subjected to their ordeal in care centers. Women are 6 times more likely to suffer from sexual abuse but here is the most disturbing part- Only 30% of such crimes are ever reported and even when they are, the victim’s claims are dismissed by the care center authorities as well as the police.

According to a CNN investigation, the federal government has cited well over 1000 nursing homes for failing to prevent sexual abuse of residents and/or mishandling complaints about such abuse. Despite this, only about 16 of these were barred from Medicare, Medicaid funding. To cut a long story short, sexual abuse of seniors in institutional care centers is more common than we would like to believe.

It can include non-consensual touching and fondling of a sexual nature and with sexual intent, forced nudity, forcing a senior to witness/watch sexual acts of others/pornography, forced sexual photography, forced oral sex and rape. Watch for these signs that are often attributed to sexual abuse:

Perpetrators of elder sexual abuse can be caregivers as well as other residents of care facilities. Tragically, family members are the second most common perpetrators of senior sexual abuse. As with other forms of abuse, the higher the degree of physical/mental impairment, the greater is the risk and vulnerability to sexual abuse.

Seniors who live alone are at a higher risk of being scammed, but elderly folks who live in nursing homes are just as vulnerable to financial scams. The big problem is that those in institutional care centers do not have access to immediate help and advice of friends and family. To make matters worse, if they suffer from mental or physical debility, they may not even understand or remember being cheated.

Easy access to their personal space means that their money and belongings are easy targets. There have been instances where seniors have been robbed of their life’s savings. You need to check for signs of financial exploitation such as:

If you start digging, it will not take a lot to figure out that your parent/grandparent has been cheated of their money. Once you establish this, it is possible to track the money trail back to the perpetrator.

If you thought neglect comes second to all out abuse, think again! It is just as bad and just as common. Senior neglect is any act that deprives the elderly of the basic care and necessities they need. Over 15% of elder abuse complaints are made against gross neglect, and nearly 21% of all nursing home residents in the US have reported being neglected at least once over a 12-month period.

Neglect leads to the same level of psychological distress as verbal and physical abuse. It greatly increases susceptibility to health problems and diseases while lowering life quality. Only about 1 in 47 cases of neglect get reported, which means you will have to keep your eyes open for these signs:

Justice for neglected and abused seniors!

Never ignore signs of nursing home abuse or complaints of abuse and neglect, even if the senior in question suffers from mental and physical impairment. The most important thing to understand is that many elderly victims do not report abuse because of fear while others cannot report it because of physical and cognitive deficits.

You are their only hope. If you believe that an elderly family member or friend has been subjected to abuse or neglect, you need to act immediately. Remember, 1 in 5 injury related ER visits of nursing home residents are attributed to abuse and neglect. If you ignore the signs the first time around, you may not get a second chance.

At DeVaughn James Injury Lawyers, our attorneys have decades of experience handling cases of nursing home neglect and wrongful death. Not acting against perpetrators of senior abuse only emboldens them to continue and encourages nursing home management to shirk their responsibility.

Contact us right away if you even so much as suspect there are signs of nursing home abuse and we will guide you on how to connect with the appropriate authorities and agencies. Our lawyers will make sure that the care center is held responsible for its malpractices.