Can you seek compensation if injured while using public transportation? 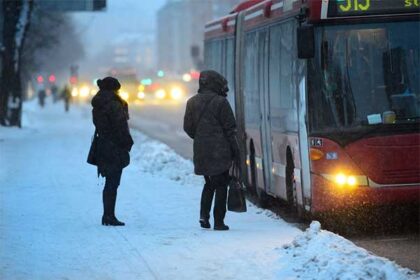 If you are in a collision with a privately owned vehicle, the compensation claim may seem straight forward. However, things can get truly chaotic if an injury occurs when using public transportation.

The laws differ significantly, right down to the amount of time you must sue for damages, things can get very complicated. You may have several questions about the process, the laws and what is to be expected once you file your claim.

Can you seek compensation for injuries suffered while using public transportation?

Of course, you can. All forms of public transportation are covered by Common Carrier Liability laws of Kansas. A common carrier is any entity that provides transportation services within Kansas, and if you are injured due to the negligence of a common carrier, Kansas laws allow you to initiate legal action against the service provider in the county where:

Who can be held responsible for the wreck and who pays the damages?

The answer to the first question depends on multiple factors. Typically, most people assume that only the driver/operator of the public transport vehicle can be held responsible for their damages.

So, when they cannot establish a clear line of negligence that involves speeding or drunk driving, victims assume that they have no recourse to seek compensation. In reality, multiple parties may be responsible for injuries suffered by passengers while using common carriers. For instance, the incident may have occurred due to the negligence of:

Multiple parties could be at fault, so it is imperative to closely study the wreck that led to the injuries before filing a claim for compensation. Any error on this front will not just impact your chances of receiving fair restitution but may also hamper your ability to sue for damages all together.

Having said that, the compensation in such cases is paid by the government agency or the private organization that operates the public transportation service as well as any other at-fault parties. If a state agency pays the claim, the money comes from the tax payers, of course.

A blame game will be played, no doubt!

Don’t expect public transportation operators to act any differently from private/individual defendants. They will try to shoot down your claim or will try to pass the buck. Even when state/federal common carriers do pay compensation, they get a non-disclosure agreement signed from the plaintiff.

It is near impossible for victims to find information on the amount of restitution offered and other details about how the claim was handled. Information that has trickled out into the open paints a grim picture of plaintiffs recovering no more than half of their medical expenses through a settlement.

But, this one thing will stand in your favor!

The only silver lining to this cloud is that the law does not make any concessions for common carriers, including those that are government owned. If anything, public transportation services are expected to adhere to stricter safety procedures and better service standards.

This includes regulations that require common carriers to exercise the highest degree of care and caution when it comes to:

The law on the matter also clearly states that common carriers are expected to provide care and assistance to passengers, if required by them, when boarding and exiting from the vehicle.

While a normal driver is only expected to exercise reasonable care, common carriers owe a higher duty of care to their passengers. Also, public transportation operators and service providers are required to follow all regulations that pertain to the safe operation of the vehicle.

These entities can be held responsible for any laxness or negligence in following operational regulations. Also, they can be held liable for any mishaps caused because the common carrier failed to exercise the diligence and care that would have been exercised by or would be expected of a reasonably careful operator.

Two loopholes that can impact your ability to claim compensation from a public transportation entity!

While Kansas common carrier liability laws are mostly pro-plaintiff, there are a few grey areas that can make it hard to seek and get fair compensation.

1. You cannot initiate legal action without filing a notice: You do get two years from the date of the injury to initiate legal action against a common carrier. However, within a year of suffering such injury, you must file a statement providing details about the victim, the collision and the injuries suffered. This statement has to be filed with:

If you fail to file this statement, your legal complaint will be dismissed by the court and you will lose future recourse to pursue the claim through legal action.

There is a cap on damages: When it comes to government owned public transportation services, damages are limited to $500,000. The court will not, likely, award punitive damages if the common carrier is owned by the state.

With so many rules and limitations, you will need legal counsel!

Even if you are injured while using public transportation, you have to prove negligence, as for any other tort claim. However, proving recklessness/negligence can be more complicated when it comes to common carriers.

Simply put, there is a lot of evidence gathering involved and all of it has to be to a “gold standard”. But, that’s not where it all concludes. Once that’s handled, the seriousness of your injuries and their impact on your life will also have to be proved. Ask yourself this-

If you answered those with a resounding “No”, contact us right away. At DeVaughn James Injury Lawyers, we are dedicated to helping victims who have suffered injuries due to the negligence and callousness of public transportation entities and employees.

Our team of lawyers is committed to helping injured victims get fair and maximum compensation. We are not afraid to go against government agencies and large insurance companies to protect your interests and rights.

So, all you have to do is pick up that phone and call us, and then focus on recuperating and getting your life back on track. 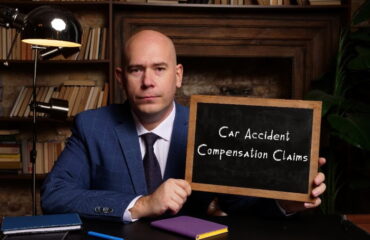 What Does a Car Accident Lawyer Do? 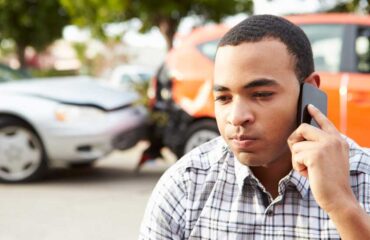