Have you suffered a whiplash injury after a crash?

Whiplash injuries account for nearly 65% of all bodily injury claims, and insurance companies allege that a third of such claims are fraudulent. It’s no surprise that insurance companies, as well as society in general, has started to write off these injuries in an attempt to lowball injury victims with their compensation.

In reality, whiplash injuries are experienced by nearly 70% of all people involved in vehicle crashes. The problem is that these neck injuries are not easy to diagnose and don’t always result in visible signs such as bruising, swelling and/or inflammation.

Moreover, the symptoms are not always experienced immediately after the traumatic event. But whiplash injuries can have chronic and even debilitating ramifications. Continue reading to learn more about these neck injuries, their symptoms and the scope of recovery.

What exactly is a whiplash injury?

“Whiplash” is an umbrella term used for a range of neck injuries caused by strain to the soft tissue, ligaments and nerves. The violent back and forth or sideways movement of the neck experienced in a rear end or side impact collision leads to the hyperextension and hyperflexion of the neck.

At its worst, whiplash can impact even the discs and vertebrae in your neck and spine. In fact, even at moderate speeds, a rear end collision has the potential to cause vertebral fractures and spinal cord damage.

The symptoms of whiplash injuries

Because adrenaline and cortisol are released in the body after a traumatic experience, and these hormones lower pain sensitivity, whiplash injuries seldom cause pain immediately after the accident. However, as the effect of these hormones wears off, patients begin to feel the pain in all its intensity.

In case of a soft tissue injury (without any damage to the bones), swelling and bruising may begin to appear within 12-24 hours, while other symptoms can take 24 to 48 hours to spring up. Typical symptoms include:

One of the reasons victims of whiplash injury are accused of exaggerating their pain is because they often sustain the neck damage in low-speed crashes. A common misconception, that insurance companies have helped propagate, is that only those car crashes in which the vehicles are significantly and visibly damaged cause injury to the occupants.

In most rear end collisions, the bumpers of the vehicles tend to absorb a lot of the load. While the vehicles may get away with a few scratches and dents, often the same cannot be said about the occupants in the vehicle.

The biggest problem with an accident is that the body is subjected to this force very suddenly and usually with no warning. Even rear end collisions that occur at speeds as low as 5 mph can cause soft tissue damage in the neck. Most whiplash injuries occur at speeds less than 12 mph. Apart from speed, many other aspects also have a bearing on the extent of whiplash injuries sustained by a motorist or passenger.

Factors that impact the severity of whiplash injuries

Women and children are at the greatest risk of suffering from significant neck trauma because they have thinner necks. Also, those who have suffered a neck or back injury in the past are more susceptible to suffering from a whiplash injury in case of a car crash. In addition to these, some other factors that influence the seriousness of the injuries sustained include:

One more thing to understand here is that although a whiplash injury may not cause overt signs of trauma, if the injury is not treated immediately, the swelling can exert further pressure on the bones and nerves, aggravating and worsening the damage long-term. Complete and swift diagnosis and treatment will have a bearing on both the short-term and long-term effects suffered by the victim of whiplash injuries.

Are all whiplash injuries as inconsequential as the insurance companies make them out to be?

No, they are not! In 50% of the cases, victims of whiplash injuries end up with chronic symptoms. Since almost 2 million new cases of neck injuries due to car crashes are reported each year, that’s a massive addition of 1 million individuals to the list of chronic pain suffers each year.

What should you do if you have suffered from a whiplash injury in a car accident?

Like other forms of physical trauma that involve damage to the nerves and the soft tissue, whiplash injuries can be expensive to treat and take a long time to heal. The side effects of a whiplash injury can have a significant impact on your personal life and professional performance.

The first thing to do is get prompt medical attention. This is not the kind of neck pain that you should ignore. Next, get in touch with an experienced attorney so that you don’t have to contend with an unfair, lowball settlement.

At DeVaughn James Injury Lawyers, we know how to use medical and biomechanical experts to prove the existence, the extent, and the repercussions of whiplash injuries. We will not allow insurance adjusters to walk away by offering you a mere fraction of the fair compensation you deserve.

As a person who has suffered from a debilitating injury due to the recklessness or negligence of another motorist, you may be entitled to receive compensation. Contact us today at 316-888-8888 and we will assess the full cost of your medical bills, the extent of your injuries and will help you get the compensation you need to recover and get on with your life. How to Deal with a Hit and Run Accident 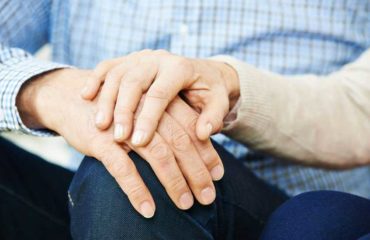 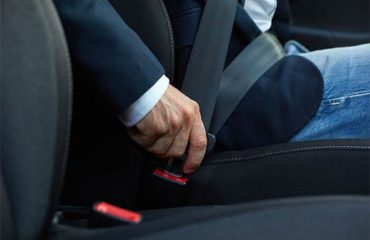 Does wearing a seatbelt impact my injury claim after a car accident?