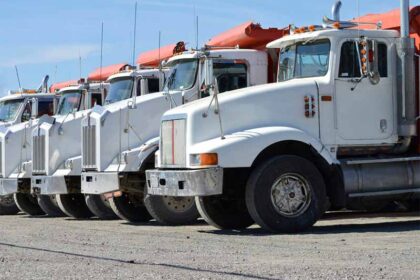 Large trucks weigh more than 10,000 pounds and can be either single-unit vehicles or combination vehicles consisting of a single-unit truck or tractor pulling one or more trailers.

Considering the size and weight of these large vehicles it’s easy to see why they pose such a danger to normal passenger cars.

Are tanker trucks the most dangerous of the large trucks?

A tanker truck could be a straight (single unit) truck or a semi/tractor. As far as fatal collisions go, the biggest threat is linked to semi-trucks or tractor trailers, which account for nearly 60% of all truck collisions (whether they are carrying hazardous material or any other cargo).

In terms of cargo carried, only about 3% of fatal truck collisions involve spillage of hazardous material. So, a tanker trailer may not be the most dangerous in terms of loss of life. However, it is hard to ignore the inherent risk of the cargo these vehicles carry.

Victims of tanker trailer collisions often end up with severe burns and scarring due to the flammable and corrosive substances that tankers carry. As far as the actual numbers are concerned, tanker trailers are responsible for:

Forklifts and the dangers they bring to work zones and roads!

Forklifts are dangerous for the workers on-site as well as pedestrians and other motorists who are in their vicinity. There are a number of reasons for the risks posed by forklifts.

For starters, they weigh a massive 9,000 lbs. but only have front brakes. To add to the problem, they also happen to be extremely unstable given their heavier rear body which is built to compensate for the load picked up by the front arm.

If that is not enough, they are often employed to lift heavy loads to significant heights. Put these factors together and you get an extremely dangerous mix, which explains the statistics ahead. According to mccue.com and forkliftlicenseguide.com:

When you think about dangerous jobs, waste collection certainly does not come to mind. Yet, Kansas has recently joined 18 other states with a mandate in place that requires motorists to drive safely around waste disposal trucks. In Kansas, you could end up paying a $45 fine if you are not cautious.

This sure is an indication of the rising collision figures involving these vehicles. Garbage collection vehicles, like other type of large trucks, can cause dangerous crashes in which motorists are likely to suffer serious and even life-threatening injuries.

Add to this the fact that waste disposal vehicles are typically on the road in the early hours of the morning when visibility is low, and drowsiness is high and it is easy to understand why dump trucks and garbage trucks are involved in so many collisions. According to the FMCSA and OSHA:

Fire trucks out to save lives end up taking lives!

According to the United States Fire Administration, fire engine crashes are the second highest cause of fire fighter deaths. They are just as dangerous for the other motorists on the road! Nearly 70% of fire truck crashes occur when the vehicle and apparatus are in emergency use.

Simply put, collisions occur when the fire truck driver is under intense pressure to get to the scene of the emergency on the double. This explains the catastrophic figures associated with such mishaps.

It is extremely rare to escape a large truck collision with just a few minor cuts and bruises. More often than not, victims are left grappling with broken bones, spinal cord damage, organ injuries, lost limbs, severe scarring, loss of motor functions and other such grave physical ramifications.

The cost of a large truck collision frequently runs into millions of dollars. In fact, victims not only suffer crushing medical bill debts but also life altering injuries that drive them out of work and towards financial collapse.

Unfortunately, insurance companies and even trucking companies continue to be what they are- Large corporations that only care about minimizing their losses and maximizing their profits. And as is usually the case, this is done at the cost of the victim.

If you’ve been involved in a crash with a large or commercial vehicle, contact DeVaughn James Injury Lawyers for a free case evaluation and let us help you get the treatment and compensation you deserve! 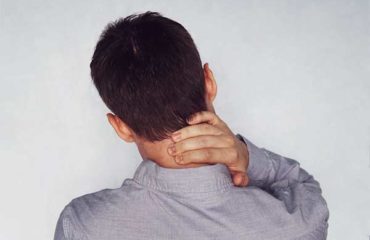 Have you suffered neck and back injuries in a car accident? 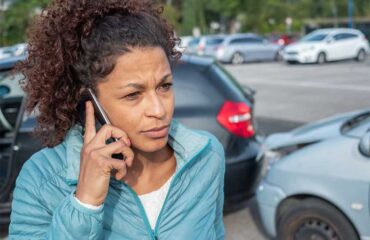 Do I Need to Call the Police for A Parking Lot Accident in Kansas? 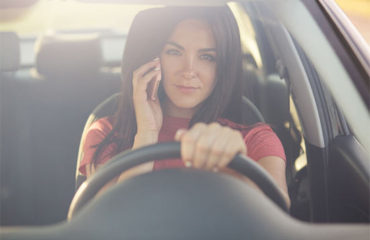