Texting while driving leads you to take your eyes off the road, and the danger here is obvious. Most people believe that talking instead of texting or shifting to a hands-free device is enough to mitigate the risks. However, this simply is not the case. The shocking truth is that talking while driving is just as dangerous as texting; and no, using a hands-free device does not lower the risk. 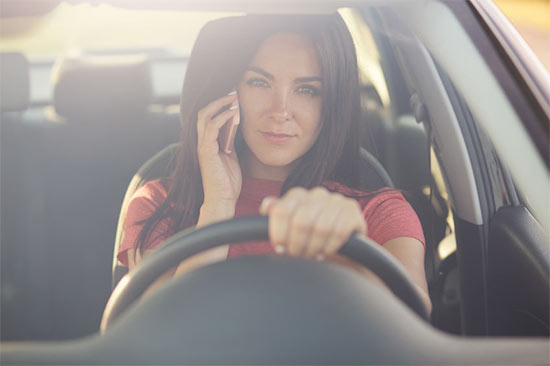 The numbers reveal the truth!

In Kansas, 1 in 4 accidents can be linked to general inattentiveness. Statistics from KDOT implicated cell phone usage in just 1.2% of the crashes. But according to experts and the NSC, such figures are usually inaccurate because the majority of motorists involved in accidents don’t admit to using their cell phones.

Isn’t it just texting that poses the threat?

No! Talking on the phone when driving, whether the device used is handheld or hands-free is just as dangerous. However, the misconception that only texting leads to trouble, has led to a false sense of security and is possibly to be blamed for the increase in the number of cell phone-related road mishaps. Here are a few facts and figures that prove just that:

If your hands are free, of course you are safe, right?

Not at all! This is another flawed assumption that contributes to the rising number of accidents on American roads. When driving, your attention matters as much as the use of both hands. This is supported in the figures in the NSC study. In states, where it is illegal to use a handheld phone when driving, the average device distraction time was found to be 3.17 minutes. States that don’t have laws against the use of handheld devices have average distraction time of 3.82 minutes. In both cases, the distraction time is well above 3 minutes, making the roads extremely dangerous for motorists.

Science proves that talking while driving is no less distracting!

A cognitive study to evaluate and compare the mental workload of talking and texting on the phone clarified this conclusion even further. The NSC reported the mental workload rating of using a cell phone in various ways while driving. Here are the figures:

As you can see, there isn’t a lot of difference in the level of distraction caused when talking on a handheld versus a hands-free device.

A report published in the Journal of Safety Research in 2009 was perhaps the first to shed light on the dangers of using hands-free phones while driving. It clearly stated that driving performance suffers just as much from the use of hands-free devices as it does through the use of handheld phones. In more recent years, the “Voice to Text Distraction Study” conducted by the Texas A&M Research Institute also led to this very conclusion.

Given this research, it is not just texting that you should be wary of. Any form of cell phone usage when driving is dangerous. If you want to be safe, switch off your phone or put it in the airplane mode while you are behind the wheel. The call or text can wait.

If you or a loved one has been in an accident caused by a distracted driver and you have suffered personal injury, it is your right to claim compensation for the recklessness of the other motorist.

Contact DeVaughn James Injury Lawyers and our team of experienced attorneys will seek the full compensation you deserve for your medical expenses, lost income, and pain and suffering.

– Is a hands-free phone safer than a handheld phone? 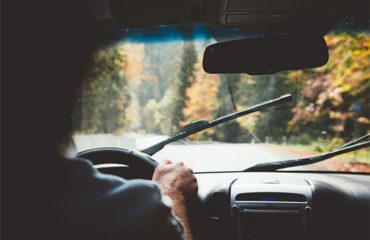 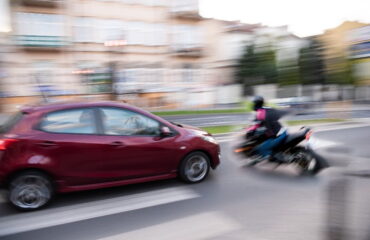