According to the NHTSA (National Highway Traffic Safety Administration) aggressive driving can be defined as any act that involves the erratic and unsafe operations of a motor vehicle, which can endanger the life of the driver or the passenger of the vehicle or compromise the safety of other vehicle operators and pedestrians. Although extremely dangerous and alarmingly frequent, aggressive driving is not a criminal offense like road rage. This means that most drivers who resort to aggressive tactics are let off with a slap on the wrist in the form of a fine and in the most extreme cases a sort prison term. Unfortunately, aggressive driving is often the precursor to road rage, which has resulted in significant harm and even in the death of motorists across all 50 states.

What would qualify as aggressive driving?

Any maneuver that can negatively impact your safety or that of others can be deemed as aggressive driving. However, the most common forms of reckless and erratic vehicle operation involve:

Aggressive driving is not limited to certain vehicle types as sedans, SUVs and even motorcycle owners are equally prone to reckless driving.

People are feeling unsafe due to the dangers of aggressive driving

Even driving under the influence of alcohol does not come close to aggressive driving in terms of the threat it poses to the drivers and pedestrians on American roads.

Nobody is safe from the dangers of aggressive driving. Between 2003 and 2007, nearly 120,000 people were killed in road accidents that involved aggressive driving. Of these, nearly 56% were motorists who were driving dangerously, almost 22% of fatalities involved the passenger of the vehicle that was being driven aggressively while 22% of those who died were passengers and drivers of other vehicles as well as non-motorists.

The double standards for aggressive driving

Despite the alarming rise in the rate of aggressive driving and the extremely serious threat it poses to the safety of everybody on the roads of the country, there is a glaring double standard when it comes to the reckless operation of vehicles.

Speeding was involved in 1/3rd of all accidents which were attributed to aggressive driving that occurred in 2013. Despite this, many people are still willing to excuse aggressive tactics on the road. In fact, 50% of drivers even admitted to speeding on the highway and neighborhood roads frequently.

Just how serious is the problem of aggressive driving?

As mentioned above, speed is the primary factor in most crashes that involve aggressive vehicle maneuvers. But, did you know that the possibility of accidents and sustaining debilitating injuries doubles with every 10 mph increase in speed over 50 mph?

However, repeated warnings from the Federal Highway Administration have been falling on deaf ears, as a whopping 70% drivers exceed the posted speed limits and even justify their actions.

Busting through red lights is another serious problem and is often reported as the cause of road mishaps. Those who run red lights are also three times more likely to have speeding convictions on their record. The combination of the two is indeed hazardous as almost 200,000 injuries and 900 fatalities are reported each year due to accidents that are caused by running red lights.

Speeding remains the biggest danger for people on the road

Things are looking up for people who want safer roads with 2010 being a historical year that had the lowest number of fatalities in almost 60 years. Despite this, there was no difference in figures that were linked to speeding related accidents. Unfortunately, little is being done by state governments to address this problem.

If you often find yourself stepping on the pedal to get through a traffic stop light or are a speed demon that enjoys a round of racing, you are doing more than just putting your life and well being at risk along with that of other motorists.

Aggressive drivers are routinely asked to cough up several times more for auto coverage. Also, the law does catch up with them and they end up spending a significant amount in paying traffic violation fines every year. But, that is not all. In many states, after a certain number of traffic tickets, your driving license will be suspended and may even be revoked permanently. Also, you risk a prison term if your driving results in serious injury or death.

If that is not enough, negligent driving will compromise your chances of collecting a liability claim even if you have a policy that offers this form of coverage. To top all of this, your aggressive tactics may prove contagious and lead to a cascading effect, impacting the safety of several other motorists.

If you frequently use aggressive driving maneuvers, particularly in front of your children, your behavior will be picked up by them. Finally, aggressive driving contributes significantly to instances of road rage. So, be patient and keep your temper and irritation in check because at the end of the day you do have a lot to lose with aggressive driving.

The dangers of aggressive driving for third parties and other motorists

All it takes is one reckless driver on the road to create a domino effect that provokes other drivers to follow suit. Because third party insurance is a legal mandate, you can file a claim for injury, death and property damage.

The fact is that it can be very hard to prove reckless and aggressive driving. Also, even if the other driver admits to aggressive driving, the insurance company will still try to cheat you of your rightful compensation. Typically, you can seek monetary relief for:

However, you will need a competent lawyer to fight the legal battle on your behalf or the insurance company will bully you into accepting bare minimum compensation.

Although you have no control over the actions of other motorists, it is possible to stay away from aggressive driving and create a safer traveling environment. In fact, self discipline and awareness are the most effective strategies to curb the dangers of aggressive driving. So, make the road safer for yourself, your loved ones and also the millions of people who traverse the busy streets and have their families relying on them for support. 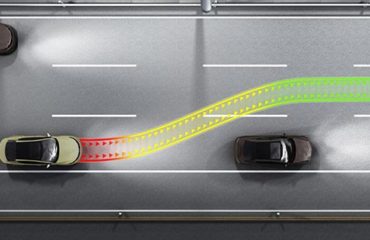 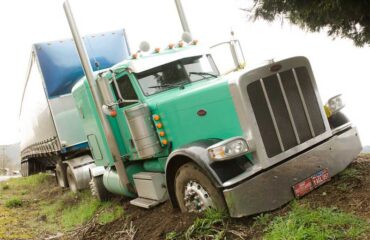 Types and Causes of Semi-Truck Collisions in Topeka, KS