Facts from Fiction about 18 Wheelers – 4 Misconceptions

Every year, hundreds of motorists are killed in collisions involving semi-trucks. In fact, 1 in every 8 traffic collision linked fatalities can be attributed to these heavy eighteen-wheeled vehicles. What’s worse is 98% of the people who die or are seriously injured in these collisions are passengers from other vehicles. After all, an SUV or a regular car stands no chance against a mammoth best weighing in at over 50,000 pounds. 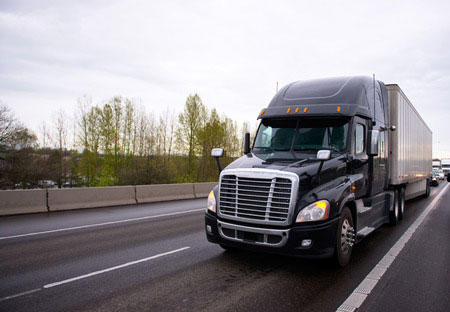 As far as Kansas roads are concerned, while these heavy vehicles account for 5.5% of on-road collisions, they disproportionately account for well over 12% of on-road fatalities. However, despite over 5,000 semi-truck related fatalities occurring across the country each year, there are still an immense amount of myths about these vehicles, their operators, and how they are driven.

Harboring these misconceptions can not only put your life in peril when on the road and also impact your attempt to seek restitution if you are in a collision involving a semi-truck. So, continue reading to separate fact from fiction regarding semi-trucks and the collisions involving these commercial vehicles.

1. Semi-truck operators are bound by the same traffic laws as other motorists on the road!

The laws that apply to the operators of these large vehicles are often stricter than those that have to be followed by regular drivers. In fact, when it comes to speed restrictions, in many states, heavy vehicles such as semi-trucks are mandatorily required to travel below the speed limit. Additionally, carrier and driver regulations are also imposed on the operations and operators of large, commercial vehicles by the Federal Motor Carrier Safety Administration.

Even when there are no state mandated laws regulating the speed at which semi-trucks ought to be driven, the operators of these vehicles are expected to be extra cautious when navigating through certain roadways. For instance, drivers of semi-trucks are expected and trained to slow down well below the speed limit when maneuvering their way around ramps and curves. Depending on the payload, there is a very high risk of the vehicle tipping over even if it is being driven within the speed limit and because of this, truckers know that slowing down is in the best interest of everybody on the road, including themselves.

What the accident data says – Not all semi-truck drivers follow regulations and recommendations when on the road. While some simply overestimate their driving skills, for others the errors in judgment are linked to fatigue and distractions.

2. Experienced semi-truck drivers can control their vehicles better even at high speeds!

How well a vehicle can be controlled, particularly one that is extremely large, has little to do with the skills of the driver, but rather it has to do with the dominate factors capable of affecting and interfering with the control of a semi-truck. These factors include the payload the semi-truck is carrying, the speed at which the semi-truck is being driven as well as the road, traffic and weather conditions surrounding the semi-truck. Most experienced drivers like to give themselves more than the required room needed to stop because they know that even minute errors in judgment can lead to serious consequences.

All commercial drivers, regardless of their experience level, are expected to follow FMSCA rules on brake stop distances for heavy vehicles.

What the accident data says – Semi truck accidents are caused by drivers who have several decades worth of experience under their belt as well as by those who are new behind the wheel of their heavy vehicles. At the end of the day, the biggest factor is the driver’s commitment to safety.

3. The more distance drivers cover, the more money they make!

It is true that many trucking companies pay per mile but this does not mean that their drivers get paid more than those of organizations that pay per delivery or per load. In fact, the pay per mile option may be less compensation compared to flat rate options because the driver gets a fixed amount regardless of how long it takes to make the delivery. In addition, the FMCSA has imposed rules on the number of consecutive hours of vehicle operations a truck driver can accumulate before a required period of rest must be taken.

What the accident data says – Despite the rules, driver fatigue remains one of the biggest causes for concern in the transportation and logistics sectors. The reason is simple- when trying to balance their personal and professional commitments, many drivers drastically cut down on their sleep time. Often when truckers are paid per delivery or per load, they often try to cover long distances within a restricted period of time, which means that they are likely to continue driving even when they are tired.

4. Distractions are not a big concern for semi-truck drivers!

Distractions are as big of a problem for truck drivers as they are for other motorists. In fact, because semi-truck drivers spend so much time on the road, the prospect of talking on phone with friends and family is all the more enticing for them.

This is not to say that all semi-truck drivers operate their vehicles while being glued to a cell phone, nor is it to say that cell phones are the only distractions semi-truck drivers encounter while on the road. A multitude of additional factors come into play in the realm of distractions such as music players, radio communication devices, electronic logging, fatigue, medication, lack of quality sleep and lifestyle habits.

Distractions are a BIG concern – A survey conducted by the FMCSA showed that distractions are the reason for almost 30% of all heavy vehicle mishaps. During the three year study period, external distractions contributed to nearly 11,000 truck accidents. 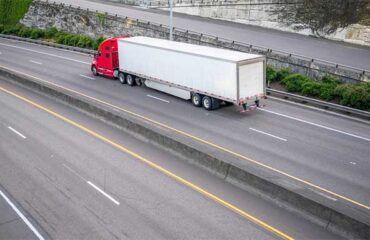 A Personal Injury Attorney Can Help You 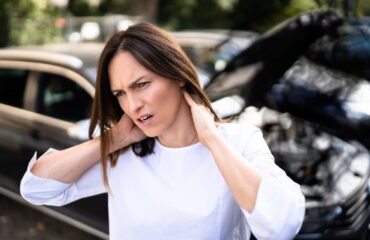